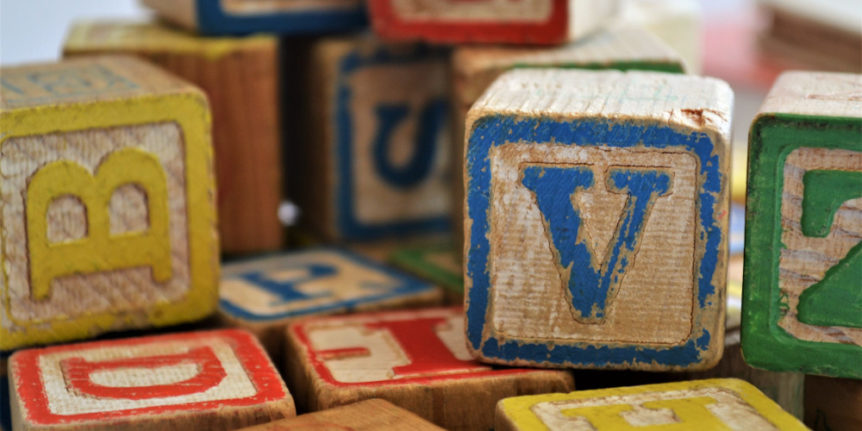 Edit 20-March-2019: NIAP published a v1.1 of the Functional Package which addresses many of the item discussed in this blog. The title of the blog is updated and ambiguities previously found are corrected where they’ve been addressed.

NIAP recently released their first, and widely anticipated, modular protection profile package targeting the TLS communication protocol. This package is not meant to stand on its own and is designed to be included within new versions of NIAP protection profiles. While it is unlikely to be explicitly referenced by collaborative Protection Profiles (cPP), the requirements will almost certainly be highly similar.

Some highlights about the new package:

Formally, the TLS package is designed as a single mandatory umbrella Security Functional Requirement (SFR) which directs the package user (eg. PP or ST author) to select whether the TOE will claim TLS in a server capacity (TLSS) and/or whether it will claim TLS in a client capacity (TLSC). Further granular requirements are all designed as selection-based SFRs from Appendix B which pull in functionality such as mutual authentication and support for specific extensions.

The layout of the document is familiar to those who have read other NIAP protection profiles: they are self-contained documents offering both the SFR as well as the evaluator assurance activities (AAs) in-situ. Note that the package construct is a “Functional Package” which is different from an “Extended Package”. From their document,

Considering that TLS is widely applicable across many NIAP PPs and cPPs, trying to relate requirements against a myriad of pre-existing functions and tests that the industry is already familiar with is a bit of a difficult task. We try to relate SFR elements, tests and other AAs against the well-known NDcPP, AppOnOS PP and OSPP as a frame of reference to readers. It is possible, for example, that the next iteration of the AppOnOS PP v1.3 — as of this writing in phase 3 of NIAP’s development lifecycle — will include a reference or iteration of the TLS Functional Package [n.b. 20-March-2019: This happened. The AppOnOS 1.3 directly uses the TLS Functional Package]. It is also possible that the Network Device international Technical Community (ND iTC) will look to adopt similar TLS requirements where it makes sense to do so.

This is a long analysis, so if you are interested in reviewing only specific functionality, click on the appropriate link to take you to the content:

There are several areas within this analysis where we consider that NIAP may want to clarify language or requirements. Lightship has submitted requests to NIAP for their consideration.

FCS_TLSC_EXT.1 is very similar to previous NIAP TLS requirements and the NDcPP, in particular. The number of available ciphersuites have been reduced (primarily, it seems, it remove SHA1-based variants). However, the most interesting aspect of FCS_TLSC_EXT.1.1 is in its Application Note. Previously, ciphersuite selection, curves, parameters, etc. that could be configured in the TOE were restrictive: no additional ciphers, curves, parameters, etc. could be selected beyond those stated. However, the Application Note contains an explicit concession:

This is important, both functionally and from an operational environment perspective. The rationale appears to be based on which endpoint is considered the perceived owner of the data. Since the data is being offloaded from the TOE, the external peer would be responsible for storing the data and therefore should have the final say in how it is transported (since it is the TLS server which has final authority over ciphersuite selection within the TLS handshake). This is somewhat interesting from a data custodial perspective and it might be interesting to see if this evolves within NIAP or how international cPPs adopt this stance. There are no requirements that explicitly direct the administrative guidance documentation to contain any statement about needing to properly configure the server, though this seems like an inadvertent oversight.

From a test case analysis, test cases 1-4 are similar to other test cases seen. Generally speaking, test case language has softened on how the TLS handshake terminates when abnormal conditions occur. Of particular note, test case 5-2 is new when compared to other NIAP PPs and the NDcPP. To date, it has not been required to perform any explicit testing for valid but unsupported client-side protocol version checks. In addition, test case 5-7 has more clearly defined the test methodology compared to, say, NDcPP FCS_TLSC_EXT.x.1 test 5(f).

FCS_TLSC_EXT.1.2 contains a wildcard matching test which explicitly does not permit wildcarding a top-level domain part (eg. *.com is not permitted to match foo.com). This test is not contained in, for example, the NDcPP, but it can be found in the AppOnOS v1.2 and the OSPP v4.2. Vendors who had to author specific wildcard matching logic based on NDcPP test requirements may need to verify that they are not being overly permissive. Test case 5.4 is also new, and possibly evolved from the fact that wildcard-matching was meant to be optional. If a vendor relied on this requirement being optional to avoid validating buggy or incomplete wildcard-matching logic, then test case 5.4 is designed to provide some small assurance that *no* wildcard matching logic is in place at all. So, while wildcard matching is still considered optional, it is only optional that it be implemented, rather than optional to be claimed. This nuance is material.

FCS_TLSC_EXT.1.3 is a new SFR element compared with previous NDcPP and NIAP PP instantiations. This SFR permits an operator to continue to accept an X.509 certificate that fails validation if permitted by explicit override. The test cases continue to be related to FIA_X509_EXT.1 test cases with the exception of Test 4 which is possibly ambiguous, or, at the very least a duplication of effort. What constitutes an “invalid identifier” when compared with the tests performed in FCS_TLSC_EXT.1.2? The other test cases (Tests 1-3) are all duplicates of other test cases performed in other contexts, so it is possible a lab could simply point back to other FCS_TLSC_EXT.1 test cases or FIA_X509_EXT.1 test case and claim the various test cases are met.

FCS_TLSC_EXT.3 is an Objective requirement in Appendix C which means it is not required to be implemented at this time.

FCS_TLSC_EXT.4 is new within the NIAP PPs and NDcPP and related to support for channel renegotiation. [n.b. 20-Mar-2019: NIAP, indeed, clarified this section and removed FCS_TLSC_EXT.4.2, while augmenting the Application Note to provide information about support for the renegotiation_info extension and the canary SCSV.]

FCS_TLSC_EXT.5 is related to, for example, NDcPP FCS_TLSC_EXT.1.3/2.4. In addition to ECDHE named curves, DHE parameters can be negotiated rather than being explicitly rendered by whatever the server decides to use. This can make testing for DHE parameters more explicit. Similar to FCS_TLSC_EXT.1, there is specific wording indicating that TLS clients can propose curves outside of the claimable set. This is new and more pragmatic than the requirements seen in the NDcPP which previously restricted the curve set.

Of particular note, FCS_TLSC_EXT.5 appears to now explicitly require that TLS_DHE_… ciphersuites be negotiated using only named parameters in the supported_groups extension. FCS_TLSC_EXT.5.1 claims in the Application Note that:

This means that TLS clients that claims TLS_DHE_… ciphersuites and not supporting the ffdhe… named groups will fail testing. Check your configurations!

The sole test case for FCS_TLSC_EXT.5 is new and is very similar to FCS_TLSS_EXT.1.3 (which itself is similar to, say, FCS_TLSS_EXT.1.3 in the NDcPP).
[n.b. This omission has been corrected in v1.1 and, in fact, makes explicit testing of DHE supported_groups required.]

FCS_TLSS_EXT.1 is relatively unchanged from other NIAP and cPPs though the number of available ciphersuites may differ (again, primarily removing SHA1-based variants). Unlike FCS_TLSC_EXT.1 in this TLS package, the ciphersuites for the TLS Server are explicitly restricted to the claimed set which is consistent with the apparent rationale surrounding data ownership.

FCS_TLSC_EXT.1.1 Test 4 condenses test cases we’re already familiar with. Test 4.1 which tests unsupported TLS server version handling is found in the AppOnOS PP, but is not found in the latest NDcPP.

FCS_TLSS_EXT.1.2 mirrors the requirement and AAs from other NIAP and cPPs.

FCS_TLSS_EXT.1.3 has test cases similar to those seen in NDcPP and AppOnOS, with an interesting note:

“The testing can be carried out manually … or with an automated framework that similarly captures such empirical evidence.”

In addition to the traditional server-defined DHE parameter sizes, specific DHE finite field groups can be claimed and explicitly tested. These permit clear client/server negotiation of the DHE parameters as per RFC7919 (https://tools.ietf.org/html/rfc7919).

FCS_TLSS_EXT.3 is an Objective requirement in Appendix C which means it is not required to be implemented at this time.

FCS_TLSS_EXT.4 matches the requirements described for the TLS client in FCS_TLSC_EXT.4 with the exception — of course — of any language around the renegotiation canary ciphersuite.

FCS_DTLSC_EXT.1 leverages pre-existing TLS assurance activities and elements 1.1-1.3 are analogues of FCS_TLSC_EXT.1 with appropriate notes to account for slight DTLS differences. FCS_DTLSC_EXT.1.4 is similar to, for example, NDcPP FCS_DTLSC_EXT.2.6, which is applicable to both single- and mutually-authenticating sessions. Note however, that DTLSC in this package no longer mandates replay detection and discard functionality be tested.

FCS_DTLSC_EXT.2.X are precisely the same set of requirements and tests as in the FCS_TLSC_EXT.2.X SFR elements in this TLS package.

FCS_DTLSS_EXT.1, like the client side, leverages pre-existing assurance activities from the TLS Server requirements. [n.b. This has been updated in v1.1 to explicitly perform test cases for DTLS.]

FCS_DTLSS_EXT.1.3 is singularly concerned with attackers forging source IP addresses of ClientHello messages in order to coerce the DTLS server to act as a denial of service amplifier. The attack is described in detail in the mentioned RFCs and should not be confused with identifier verification in an X.509 certificate or similar.

[n.b. This entire ambiguity has been resolved in v1.1.]

FCS_DTLSS_EXT.1.5 is functionally unchanged from the NDcPP wording. Again, replay detection and discard functionality is no longer required to be claimed or tested.

FCS_DTLSS_EXT.2.X are precisely the same set of requirements and tests as in the FCS_TLSS_EXT.2.X SFR elements in this TLS package with some slight wording changes.

Lightship is committed to making certifications faster and easier for vendors.  Talk to us about how your TLS implementation might be future-proofed against the new TLS Functional Package so we can help you achieve your certifications at the speed of development.